I realise that not many Asian appreciate fruit cake, I mean those butter cake filled with plenty of dried fruits that soaked with liqour for certain of time. However, my parent and siblings like this kind of cake and ask for more liqour to be added in their fruit cake. I only do it for them once a year as the cake need times to sit in the freezer and to be fed with liqour until mature enough to serve. 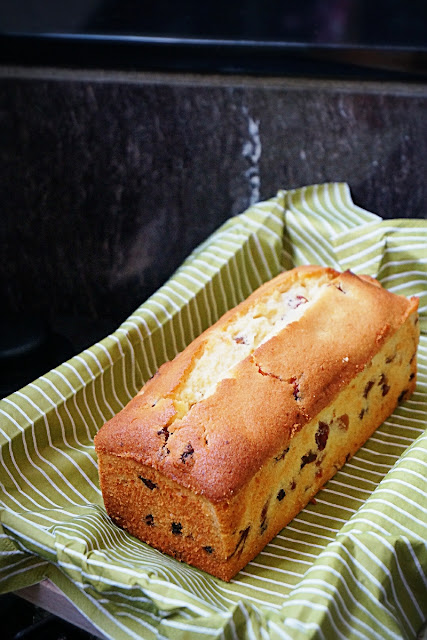 
This fruit pound cake wasn't mature enough as I did it in a rush for a party. The dried fruit was only soaked for a week and I didn't have chance to feed them more liqour at all. So this fruit cake had just a mild taste of rum. 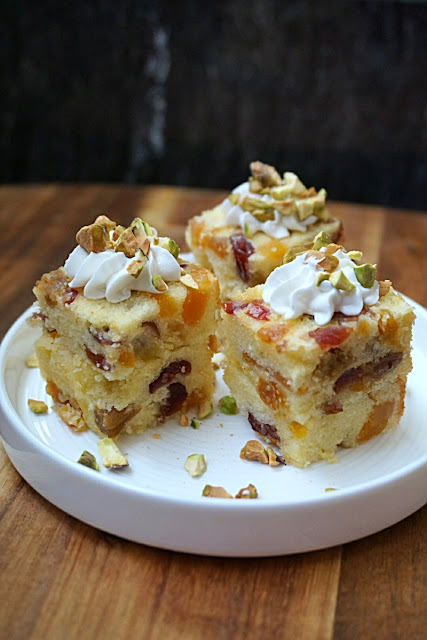 The method of making this fruit cake also different from my previous traditional baked fruit cake. It is a Japanese style of making pound cake which added with dried fruits. If you get into deeper study of pound cake making, the cake wasn't made from the method of separate egg whites and yolks but Japanese recipe did. They use to beat the butter, sugar, egg yolks then fold in the white meringue and flour alternatelly because they are much appreciate the light texture of pound cake just quite similar to the recipe I baked previously like Lemon Pound Cake and Marble Pound Cake.
This fruity pound cake is well accepted and  majority enjoyed in the party. Very glad they appreciate the texture.  My hubby wasn't a fruit cake person but he likes it this way. 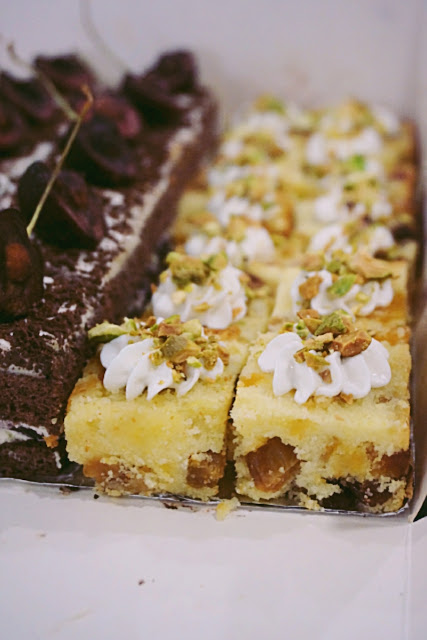 In a clean bow, beat the butter then gradually add in the caster sugar until the sugar dissolved into the butter and the mixture become fluffy and pale in color.

Fill the cake pan with the batter.
Bake in a 180C preheated oven for 15 minutes.  When the batter set and it start to expand, open the oven door and use a knife to cut a line at the center of the batter, lower down the temperature to 170C   continue to bake for 40 minutes or until and skewer insert into the cake and come out clean. Be careful not to over bake the cake as you dont want a hard dry cake.

Let it cool down on a wire rack and keep in an airtight container either at room temperature  or in the fridge.
For a mature taste of liqour, poke holes on the cake with a skewer, brush some liqour from the top then cling wrap the cake then another layer of aluminium foil. Place in the freezer. Take it out twice a month to feed some liqour on the cake until mature enough for your taste bud.
Email ThisBlogThis!Share to TwitterShare to FacebookShare to Pinterest

This is not my cake too but my husband likes fruit cake, so this is still have to be my to bake list hahaha

Oh..I have to try this too! Marking this recipe now to try. I love fruit cakes.. all kinds.. esp. those traditional ones with lots of rum/brandy. :) Btw, i gave your link to my friends to try your potato bread using bread machine and they had great feedback. Thought I'll let you know. :)

Hi Bakericious
Nice to hear from you! Yes, there is always a reason for us to continue baking even though not bake for ourselves.

Hi Faithy
Thanks for dropping here and thanks for sharing the bread recipe with your friends too. I'm glad they like it.
This fruit cake could become those traditional rich one if store in the freezer and feeding them some liqour until mature. Hope you enjoy it. Cheers !