I was given a privilege to make a birthday cake for a cell leader and requested that the cake has to be filled with plenty of cream and strawberries. Oh no! That's sound very much similar to the cake I did for my hubby last month. Well, I got to do something different as I will feel bored making the same thing again and this raspberry chocolate mousse cake come to my mind as I remember the taste was very well accepted by 200 folks in a pastor retirement ceremony 5 years ago. Woah! It was so long ago and I hope my skills is still there. 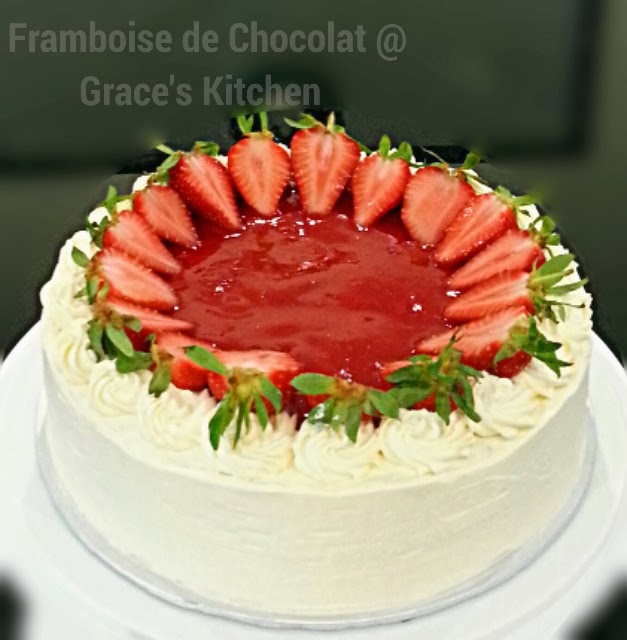 Why framboise?  Fraimboise is the French word of raspberry and is often used to refer to alcohol distilled with the fruit which is one of my favorite ingredient for making cakes and desserts. Raspberry and chocolate are always the best combination. It bits of sour gives a ununique taste that refresh and lighten the chocolate mousse. 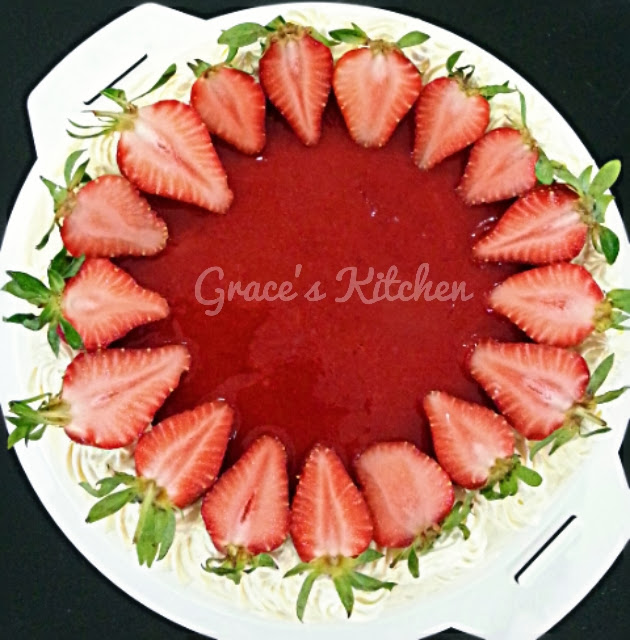 Ignore the strawberry and fresh cream on the cake which it is not suppose to be there but as for special request it ended up with this instead of raspberry. I couldn't manage to take a picture of the inner part of the cakes because it went off to everyone tummy in no time. Here is a sample of a piece of cut out cakes 5 years back and I manage to dig it out from somewhere. 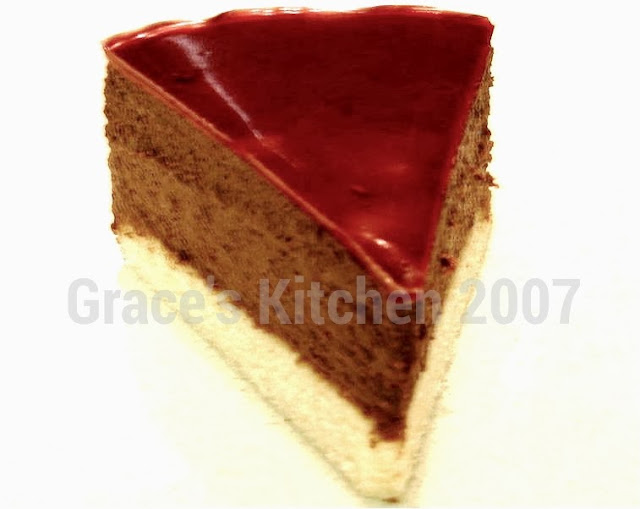 The previous cake was made with almond sponge base but this time I used my favorite cocoa sponge cake that I think will be suitable for asian taste buds. Other than the sponge base and the outlook of cream with strawberries; the mousse and the raspberry puree are still remain the same recipe. Again, this cake was very well accepted from everyone in the cell group.

Updated on 7th Dec:
A cell member manage to took this picture and pass it to me. Here give you an idea the look of a cut out cake. 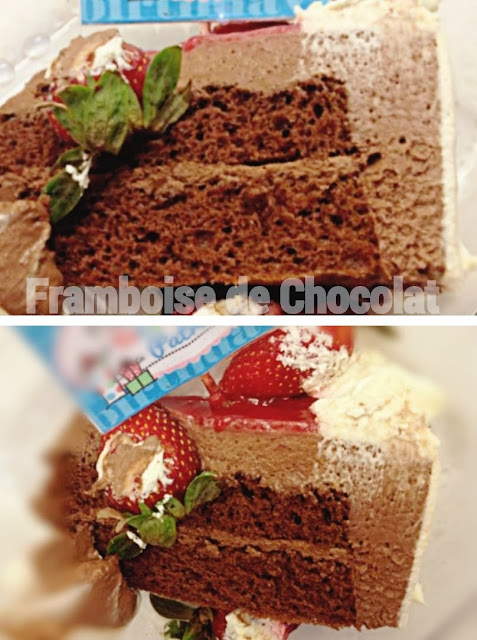 Recipe for a 9 inches round cake

Wonderful Kitchens is an established Designer Kitchens Sydney - Most modern kitchens are accented with sleek countertops, streamlined appliances and cabinetry, and minimal clutter. Today’s lifestyle is very much focused on the kitchen as a gathering place with open plan living. However, the most important thing to consider, is that “It doesn’t matter if it’s trendy or in style as long as it’s what you want—if it makes you smile when you walk in the room.
company that deals with kitchens in Sydney.