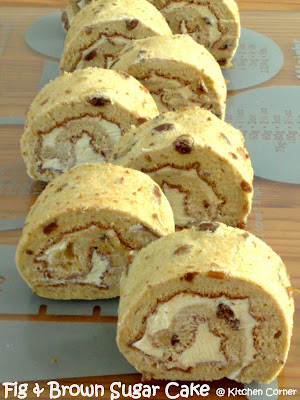 I bought a pack of organic dried fig from Cold Storage long time ago, due to my sickness, concert and so on, the dried fig has been hibernating in the fridge for sometime. I think I've to use it before it goes expired. This fig and brown sugar cake recipe from the book of "Luscious Healthy Desserts 搞纤低卡烘培" taste quite special for me. 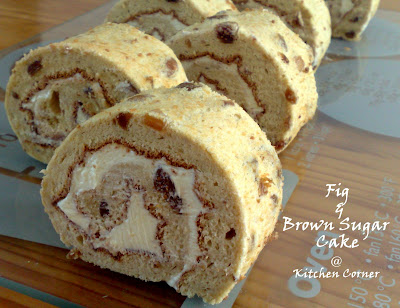 This cake is light and the sweetness from the dried fig is quite special. I reduced some sugar from the cake recipe as I find the fig is very sweet. The cake suppose to be spread with whipped cream but I don't have whipping cream on hand so I decided to make some buttercream to go with it. I think the cake would be much softer and lighter if I rolled it with whipped cream. The method of this recipe is quite similar to chiffon cake unlike some swiss roll recipe which is beat the whole eggs until fluffy then add add the flour. Anyway, it's not very difficult to make and I would like try to replace the fig to prunes, cherry or other dried fruits on my next attempt. 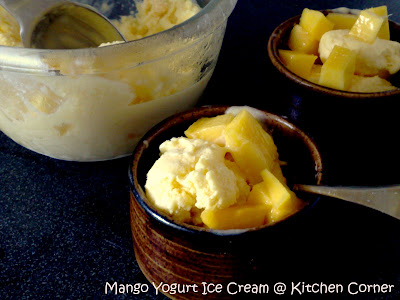 I tried a mango yogurt ice cream recipe from Small Small Baker and it's fantastic! It's very smooth and refreshing, and just so great to have a few scoops in this hot weather. 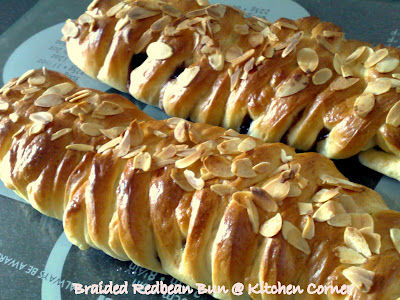 oh all of these look perfect to me . the fig cake sounds delicious :)

Your mango yogurt ice cream looks so delicious. I feel like making it again this week. :)

Any idea where to get the Vivo brand non-diary whipping cream. I want to use it for Swiss Roll.

They all look great !

wow, a very nicely done swiss roll! I have to try it =)

Hi Snooky doodle! Thanks so much for your compliments!

Hi Small Small Baker,
I couldn't roll up the cake nicely previously. I think it's because I spread too much filling on it. This time I use less filling and it might be because of the chiffon sponge or butter cream filling make it much easier to roll up. Anyway, hope you like the recipe and thanks again the mango ice cream recipe. It's fantastic!

Hi Liz,
I'm so sorry that I've no idea where can get non dairy whipping cream. Would you like to check whether The Market Place supermarket at VIVOCITY? Hopefully there had something you need. Cheers!

Hi Mary,
Hi tracieMoo,
Thanks for your lovely words. Hope you like the recipe!

Grace,
Your bakes are getting more and more special. I really enjoyed reading your posts and your recipes. I'm amazed by all your out-of-ordinary bakes! :) You're just such a special person.

Hi Jane,
I find there are not really special as there are many people making the same things as me and even much special. I just enjoy touching here and there in the kitchen. Still lots more to learn. You must teach me some skill which you learn from your course yea... :P