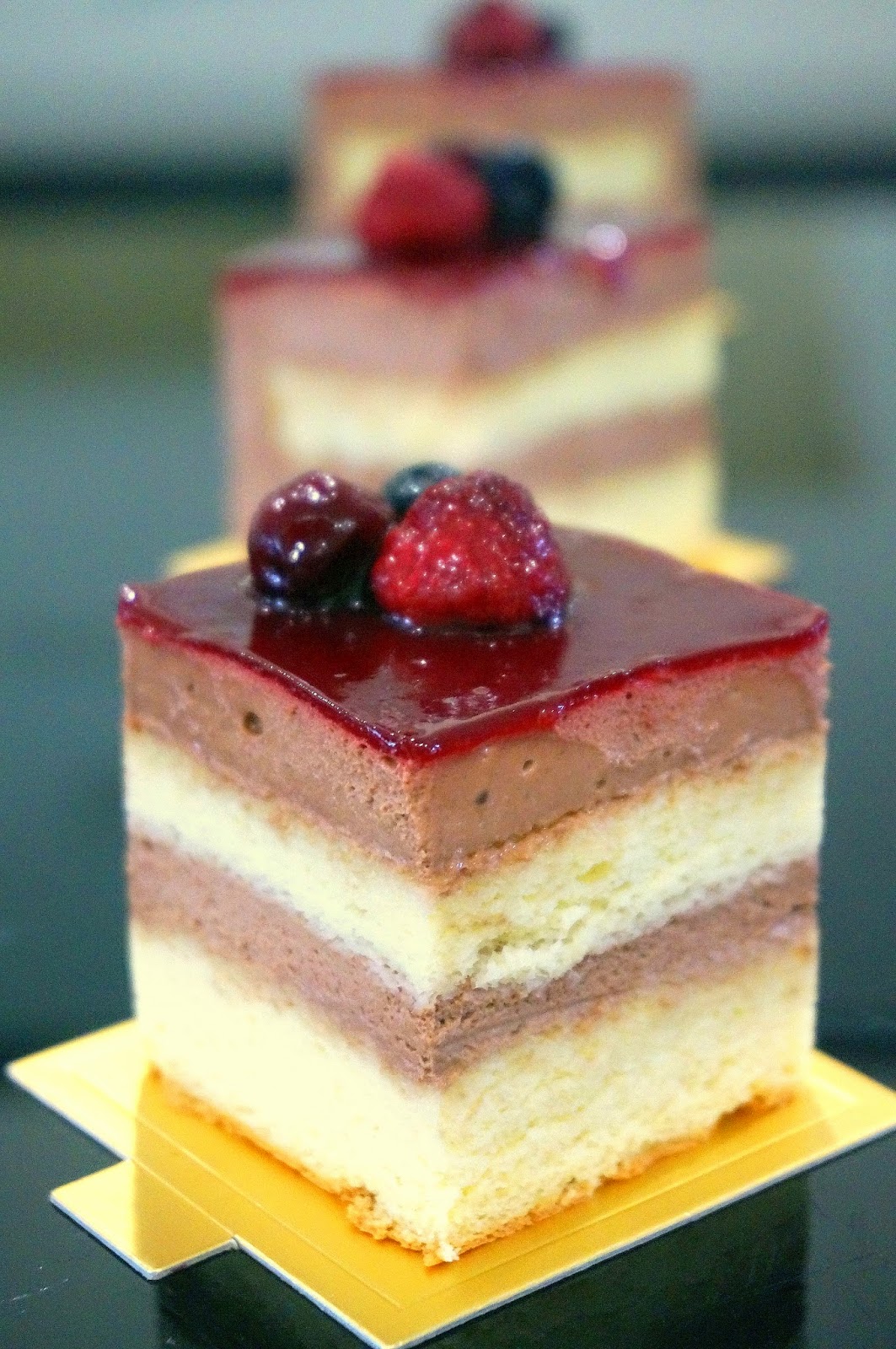 I made this one of my favorites dessert for a dear friends from KL. Hope this dessert gave her a sweet memory of our fellowship gathering after so many years.
There are few flavors in the dessert which is the bitterness from the dark chocolate, sweet sponge cake and the sour raspberries. Each flavors had represented about our life story. I feel that is really a good choice for having this dessert in this special gathering.